Why Go To The Beach? 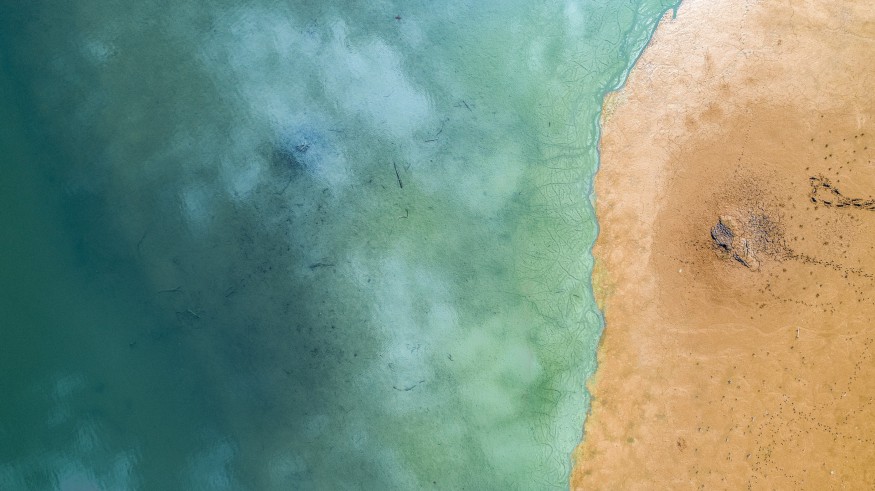 My past week has been spent stretched out on a beach, or otherwise walking up and down its supple sands, along the water’s meandering margin.

The beach is so amassed with people that, from a distance, it is rather like a great worm stranded on dry ground, one great twitching pink-and-brown entity. As I paddle in the twinkling waters, I wonder why so many of us have chosen to spend our time here — and how close to paradise a beach like this really is.

I am on the 12km long Alcudia Bay, a beach on the Mediterranean island of Majorca. It is something of a miracle among beaches — in this bather’s opinion — because of its length and also the gentle gradient of the sand into the sea, meaning that swimmers can wade out some 50 yards before their toes no longer touch silky terra firma.

As well as the people, one comes across inflatable rubber rings, buckets-and-spades, beachfront cafes with idling habitués sucking on plastic straws, a little pretend train hooting and wriggling along the promenade, graceless nik-nak stores selling all things plastic, bars with wicker seats and neon signs, tattoo parlors, the smell of cooking fats sliding through the air, volleyball courts where only the lithe dare to venture, hawkers, masseuses, and water-sports guys — all these parts constituting a place where thousands come to prostrate themselves in strange reverence. To what exactly?

Beaches are, above all, simple places that give rise to simple pleasures. For one thing, nearly everyone is nearly-naked, which helps to remove all the usual markers of wealth and status. You feel free to strip off, and in doing so you shake off the first measure of civilized society. You walk barefooted over footprints left by others; somehow the dry sand or pebbles and the salty water sanitize the environment. People stroll, or sometimes they run, without destination in mind, merely up and down. Sport is played, but being hampered by the unstable situation underfoot, it is rarely taken seriously.

For the children, it is notable that their contentment is intimately related to the cessation of rules that a beach affords, since their sand-and-water mess is so easily integrated back into the environment. A type of exultation takes hold as they discover how a bucket of water can be collected and wildly tipped away without reprimand, or else a sandcastle can be built with fingers deep in the sand — which if it were mud would never be allowed — and destroyed again. I watched a sister and brother spend five minutes euphorically trampling and thumping to oblivion a castle they’d spend the morning dutifully constructing.

Adults tend to spend their time mostly occupied with staring. In huge numbers they stand in the water up to their knees and stare across the blue water like statues. At other times they sit on sunbeds and adopt the same far-away gaze. It is not boredom. It is a chance to be listless and stupefied when the rest of life demands minute-by-minute engagement.

Advertisements tells us that beach-life is about finding a paradise, but I wonder if, for most people on this crowded stretch of sand, the idea is more about personal clemency: a self-forgiveness for the 21st century’s worst sin, that of inactivity.

Why go to the beach? It was a question that our forefathers would have found strange to ask. The cult of the beach idyll is an urban phenomenon — a necessary place of escape from workaday routines — in the same that the bucolic countryside is the invention of the city-classes. Moreover, before the twentieth century, few people would have possessed a notion of turquoise waters and gentle lapping waves: such imagery just wasn’t in existence. To willfully overheat and darken one’s coloring under the sun’s gaze would have been seen as eccentricity at best. For many centuries, sun-tanned skin was associated with toil in the fields and serfdom, nothing more than a class prejudice that would lead the upper-crusts to use whitening makeup to accentuate their position in society.

Moreover, as Daniela Blei notes in her excellent piece for the Smithsosian, the coastal landscape was for centuries synonymous with a dangerous wilderness, a place of pirates and bandits, shipwrecks and natural disasters. It was only after the Industrial Revolution, in Britain first and foremost, that a trip to the seaside become something to be desired. 19th century aristocrats preoccupied with their own health were taught by physicians that a dip in the bracing waters had curative properties. As Blei says, sea-bathers sought treatment for a number of conditions, including melancholy, rickets, leprosy, gout, impotence, tubercular infections, menstrual problems and “hysteria”; the notion of the “restorative sea” was born.

Mass beach tourism grew with the advent of train travel and then, later, the astonishing growth of modern air travel. On this island of Majorca, the hotel boom came in the 1970s, and now most of the coastline is fringed with expansive hotel resorts. Today, the modern beach holiday is advertised as an ideal retreat, where the shoreline is less of a wilderness than a place of benevolent connection with the elements— albeit one that is groomed and spruced with imported palm trees and sometimes imported sand too.

What all this means for me and my fellow beach-sleepers, as we baste ourselves in lotion and lay our towels out as a means of grabbing a plot of land, is that our versions of paradise are as much a contrivance as a reality.

But then, we knew that already. After all, it’s hard to look across a crowded stretch of sand like this and recognize the same ocean-Eden as the adverts promise. We learn to ignore the ice cream cone floating on the water and the nearby wail of an overtired child. We put it to one side, and like so many things in modern life, filter in only those part we want to see: when the sun splits the sky and the water glows azure, and the distant mountains glisten orange and you wade into the gentle surf and think, “Yes, this is what I came here for.”