What is a Museum? 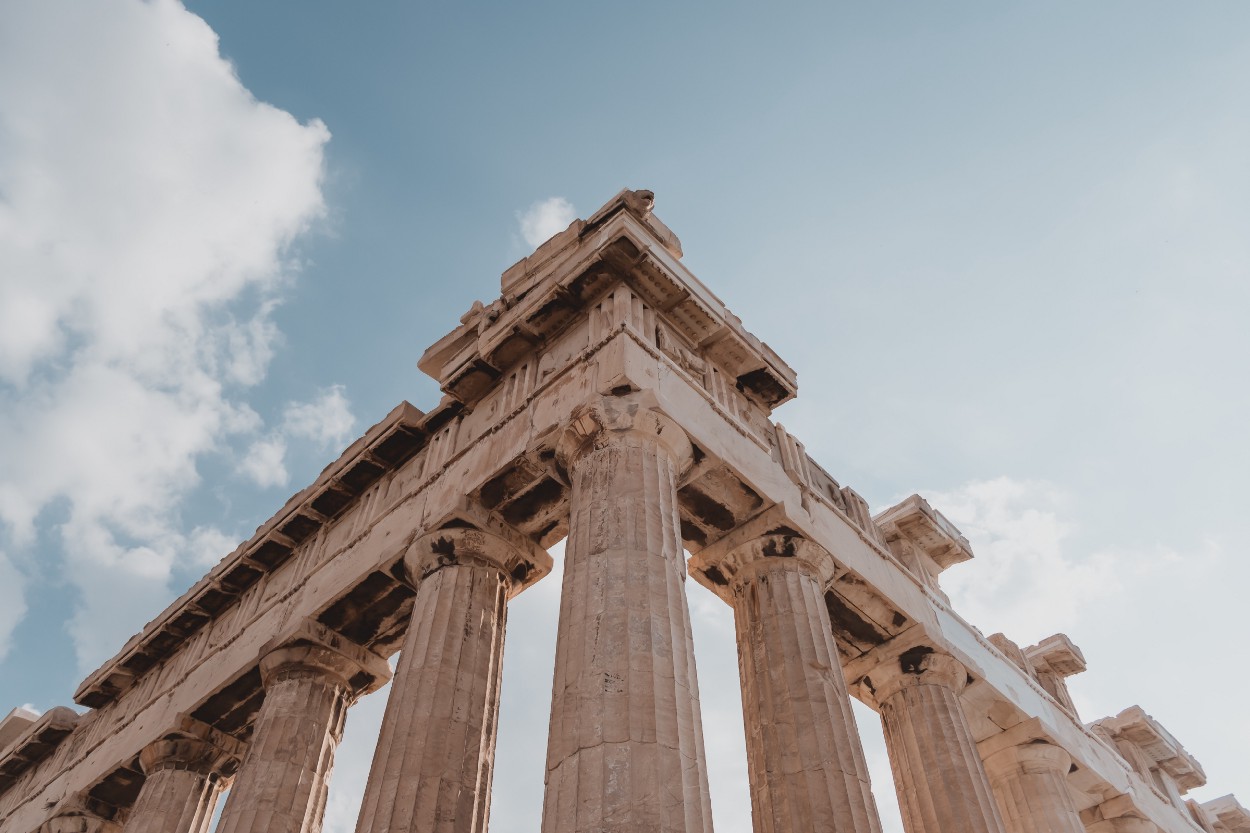 I recently took a trip to Athens in Greece. Whilst I was there I visited the Acropolis museum, a relatively new addition to the cultural heritage of the ancient city. It contains a wonderful trove of artifacts retrieved from the rock of the Acropolis, the Classical citadel that rises majestically above the city.

Of the many thousands of objects in the museum’s collection, one key artifact is only half-present. The Parthenon Marbles are a collection of Classical marble sculptures originally made to adorn the temple. Otherwise known as the ‘Elgin Marbles’ — after the British diplomat named Lord Elgin who took the stone sculptures from the original site in the early 19th century — the disputed marble sculptures currently take pride of place in the British Museum, some 1,500 miles away in London. In many respects they are the centerpiece of the British Museum’s collection, contained and secured in their own purpose-wing.

But they were originally made for the ancient temple of the Parthenon. For academics and tourists alike, the consonance of seeing the sculptures in their Athenian home — with its myriad of ancient monuments spread across the city — fulfills the logic of bringing back the critical sculptures back to the place for which they were made.

The wrangle has been long-running and doesn’t appear to be ending soon. Just recently, the current director of the British Museum, Hartwig Fischer, defended the museum’s continued possession of the sculptures, saying that “When you move cultural heritage into a museum, you move it out of a context. Yet that displacement is also a creative act.”

His comments were not well received in Greece. “The imperialist patronage of the British Museum has no limits,” George Vardas, secretary of the international association for the reunification of the Parthenon sculptures, said, also stating that Fischer’s comments came from a place of “amazing historical revisionism and arrogance.”

A question of context

The dispute over the marbles’ return engages broader arguments about the value and purpose of museums themselves.

The vast scope of the British Museum’s collection means that objects from diverse cultures can be viewed alongside each other, compared and contrasted. The Parthenon Marbles are a mere two minutes walk from a world-renowned collection of Egyptian mummies. On the way, you might pass by Assyrian sculptures or Mesopotamian carvings or the famous Rosetta Stone.

To visit a museum of its kind is like walking into the pages of an encyclopaedia, filled with objects and curiosities that have been gathered up over centuries from territories near and far. This is part of the Enlightenment spirit, of building a universal type of experience from diverse objects with diverse backgrounds.

The value and merit of museums seems obvious when seen in this light: for the sharing and learning about different cultures. Yet, by definition, the possessions contained within a museum have almost always been removed from their original contexts. Tomb treasure, altarpiece carvings, ritual totems, classical mosaics, funereal sculpture, palatial tapestries, domestic earthenware, regal robes, ceremonial pottery, religious icons: the original functions of such objects are critically lost once they are wrenched away from their contexts and placed inside the static confines of a museum.

Nothing is quite alive, nothing is quite present; museums are not unlike zoos in this regard. Whenever we visit a museum, we are seeing objects whose original “life-force” — if I can put it that way — has been diminished.

Or is it too idealistic to imagine that all museum objects would be better off in their original setting?

One key role of a museum, historically and on-going, is as guardian over precious artifacts. One need only look at the recent destruction of cultural heritage by ISIS (or Islamic State group) in Iraq and Syria to see how exposed objects are to ideological (or just random) destruction.

The Parthenon or Elgin marbles are an alternative case in point. When Lord Elgin took to the stones, the Parthenon was in a ruinous state after years of neglect, with many of the sculptures on the site having fallen from the temples and being scavenged for building material. The Acropolis at that time was an Ottoman military fort, not the prized site of Classical architecture we understand it to be today. Elgin claimed he had written documentation from the Ottoman’s to enter the site, and from 1801 to 1812, agents of Elgin were at liberty to remove about half of the surviving sculptures, as well as sculptures from the Propylaea and Erechtheum.

As such it is uncertain if the sculptures would have survived in such good condition had it not been for Lord Elgin’s intervention. British Museum has been the long-standing custodians of the sculptures ever since, whose fate might otherwise have been much different.

It is customary for a museum to display its items in chronological order, for instance. The effect is to create an illusion for the visitor, so that time appears to pass as you walk through the rooms. This organisation into timelines gives the objects an evolutionary dimension, in accordance with the notion of that history is an ordered chain of cause-and-effect events.

Every individual museum offers a version of history which its collection makes possible; and since every collection is different so every history is different, from museum to museum.

Early museums tended to be far less structured and were often based around so-called “wonder rooms” or “cabinets of curiosities”. They belonged to wealthy European individuals and families, private collections of acquired objects, from other countries or continents, to which public access was limited.

Moreover, it is impossible to ignore how the history of museums is intimately connected with the history of European colonialism. Originating in 15th and 16th centuries during the Renaissance period, the first expression of a desire to collect and archive came in the form of archaeological digs, gathering antiquities whose intrinsic value had, for many centuries, been ignored. This interest soon led to sponsored excavations in ancient sites and the development of Classical archaeology.

Museums were the ultimate manifestation of a wish to house and display the finds. And with the Classical world held up as an ideal, European collectors began to exploit their colonial footprint for more artifacts.

Despite this uncertain history, the impact of museums upon wider culture can, and has been, be revolutionary. From writers to academics, scientists to artists, the beneficiaries of museums are limitless. They also raise questions.

Take the story of Pablo Picasso, who in 1907 was 26 years old living in Paris, a time when numerous European countries — France included — were expanding their imperial reach. As colonies in Sub-Saharan Africa were established, so African artworks were being brought back to Paris museums to be gazed at and pondered over.

It is uncertain whether it was in May or June of 1907 that Picasso experienced his “revelation” — either way, his hugely influential painting Les Demoiselles d’Avignon was begun in May 1907 and reworked in July of that year, so there can be no doubt about the connection. One just need to look at the two figures on the right hand side of the composition and their mask-like faces. Both have diagonal lines running across their cheeks like grooves carved in wood. Their noses are elongated and concave, constructed of a strip of white running from the bridge to the tip. Most of all, the jaw-lines are exaggerated, unnaturally round and distended.

What was Picasso doing here? In borrowing motifs from the tribal art he saw in the Trocadero, was he being “inspired” by African art? Or did he perform a more pernicious act, that taking from a culture that didn’t belong to him — and in doing so, rehearsing the centuries-old romanticizing of “primitive” peoples, as if the colonial enterprise had discovered a more natural expression than “civilized” or modern man could achieve?

There are no easy answers to these question, and much will depend on how valuable you feel Picasso’s achievement was — or if his appropriation was a trespass too far.

But in asking these questions, we start to understand the complex role museums take in shaping and extending our cultural language.

Museums generate many such ambiguities — the light and shade of cultural cross-over — always seeming to give and take at the same moment. From protecting the Parthenon Marbles to inspiring Picasso’s paintings, the existence of museums will continue to excite champions and critics alike.