The Artwork That Inspired My Debut Novel 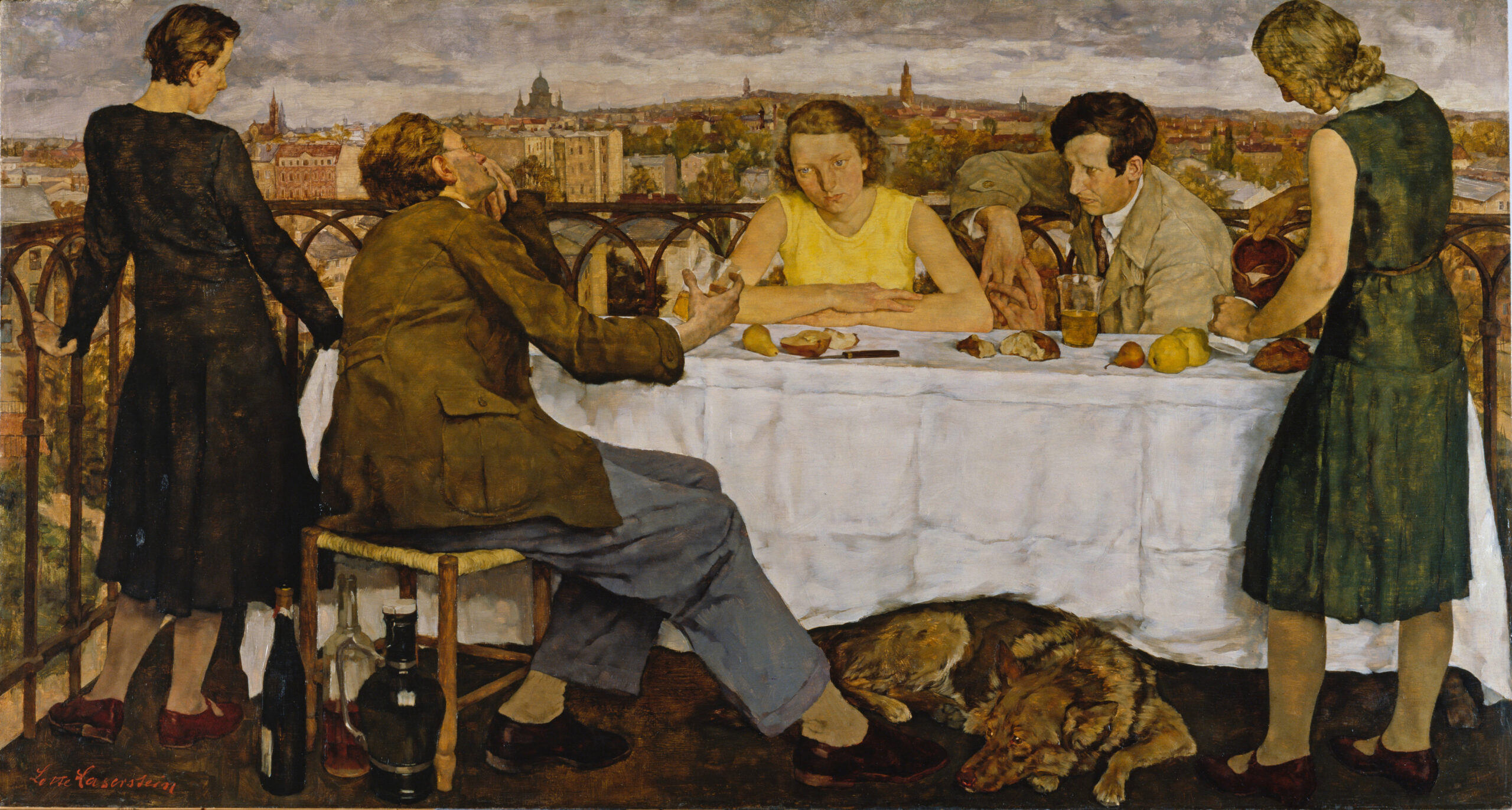 How one work of art can give rise to another

I’ve admired this painting for more than 20 years. I first saw it on the front cover of a text book I was studying at college, and I was immediately enthralled. I was studying philosophy at the time, and the painting seemed to capture something of the pleasures and difficulties of being young and alive and full of pressing questions.

I managed to lay my hands on a print of the painting and tacked the image to my study wall. Later, I took the print home with me and pinned it up in my bedroom. Ever since then, I’ve taken this image with me wherever I’ve lived, keeping it always close-at-hand, like a sort of touchstone.

As the years went by, I never stopped looking at the painting. I liked it for it’s calm pathos and it’s brooding sense of unease. Almost subconsciously, I began to imagine roles for each of the figures. I began to imagine the relationships that might exist between them, imbuing them with emotions and motivations. Over time, I came up with a story that linked them together, and a while after that — many redrafts later — this story turned into my first novel, Berlin Vertigo.

I’ve always thought there was something beneficial, lucky even, to have been inspired by a painting like this. To be spurred on by someone else’s brilliance is a wonderful way of working, because it gives you a yardstick to refer back to: an atmosphere, an ethos, a creative ideal.

And not only did the painting give me a cast of (invented) characters to write about, but it also provided a time and a place to set them.

The work was made made a little-known German artist called Lotte Laserstein, who lived and worked in Berlin in the 1920s and 30s. She painted this work in 1928 in the nearby city of Potsdam.

As I learned more about Germany of this time, I found the fabric and texture of the era creeping into my story. The interwar period of German history was a time of extraordinary social and cultural flux. It is a fascinating time to write about, since within the endless tumult of political uncertainty and economic crises, there was also a blossoming of the arts. It was a time when mass production, consumerism and advertising entered into the mainstream, and the predicament of ‘modern life’ overturned the old imperial order.

I’ve always felt that Evening Over Potsdam captures many of these themes as undercurrents beneath the surface. The image shows a group of friends on a roof terrace. We see the remnants of a luncheon party; each figure is captured in a pensive mood, either looking at each other or else gazing off into space.

Most or all of the models were friends of the artist. The woman on the far left, a lady named Traute Rose, was a life-long friend and Laserstein’s favourite model, and gave this account of the making the work:

“The very long canvas was first transported to Potsdam on the Berlin railway, and then by horse-drawn carriage to its destination with friends who had a roof garden looking over Potsdam. The friends were roped in for the first sketch, taking their places to decide upon the poses. The figures were only sketched in, because the view of Potsdam had to be painted first. Then the picture had to be transported back to the new studio with high studio windows, so that Lotte had outdoor lighting like the roof garden. Then the long task with the various models.” (Traute Rose)

Lotte Laserstein was born in 1898. It is hard not to be impressed by her decision, at the age of eleven, to never marry and to become a painter instead. She kept her word, later arguing that forgoing marriage was a necessary choice for maintaining her independence as an artist.

She was one of only a small number of females admitted to the Berlin Academy of Arts during the interwar period. Further, she won its gold medal in 1925, and for the last two years of her training became the star pupil (Atelier Meisterschüler) of her teacher Erich Wolfsfeld, an honour that entitled her to her own studio. After leaving the academy she set up a private studio in Berlin where she painted and taught students. She exhibited widely across Germany and showed three paintings at the 1937 Paris World’s Fair. Later, she was forced to leave Germany being one-quarter Jewish, and settled in Sweden where she enjoyed a prosperous, if more conventional, artistic career, until her death in 1990.

When Laserstein painted Evening Over Potsdam she was still in the early stages of her career. It is a virtuoso depiction of youthful pathos and shared disquiet, with its cast of five characters (and a sleepy dog) positioned across the seven foot canvas in various poses of naturalistic languor. Behind is the city of Potsdam, beautifully depicted in muted brown and yellow tones.

The centre of the canvas is occupied by young lady who, through her posture, creates a triangular axis upon which the remainder of the composition depends. The two men positioned on either side of her add a subtle ebb-and-flowing movement to the formal arrangement, as one leans inwards and the other reclines with his right leg extended. The two female models at either end of the canvas add further formal structure as two pillars connected by the horizontal axis of the large table.

These compositional effects give a framework to the painting, allowing the viewer to explore the details of the image within a structured setting.

For me, the painting that inspired my novel speaks of friendship, hope, betrayal and anxiety. My own story is a fiction that revolves around these themes, and is, in my own small way, a tribute to this great work of art.