Review of “All Too Human: Bacon, Freud and a Century of Painting Life” at Tate Britain 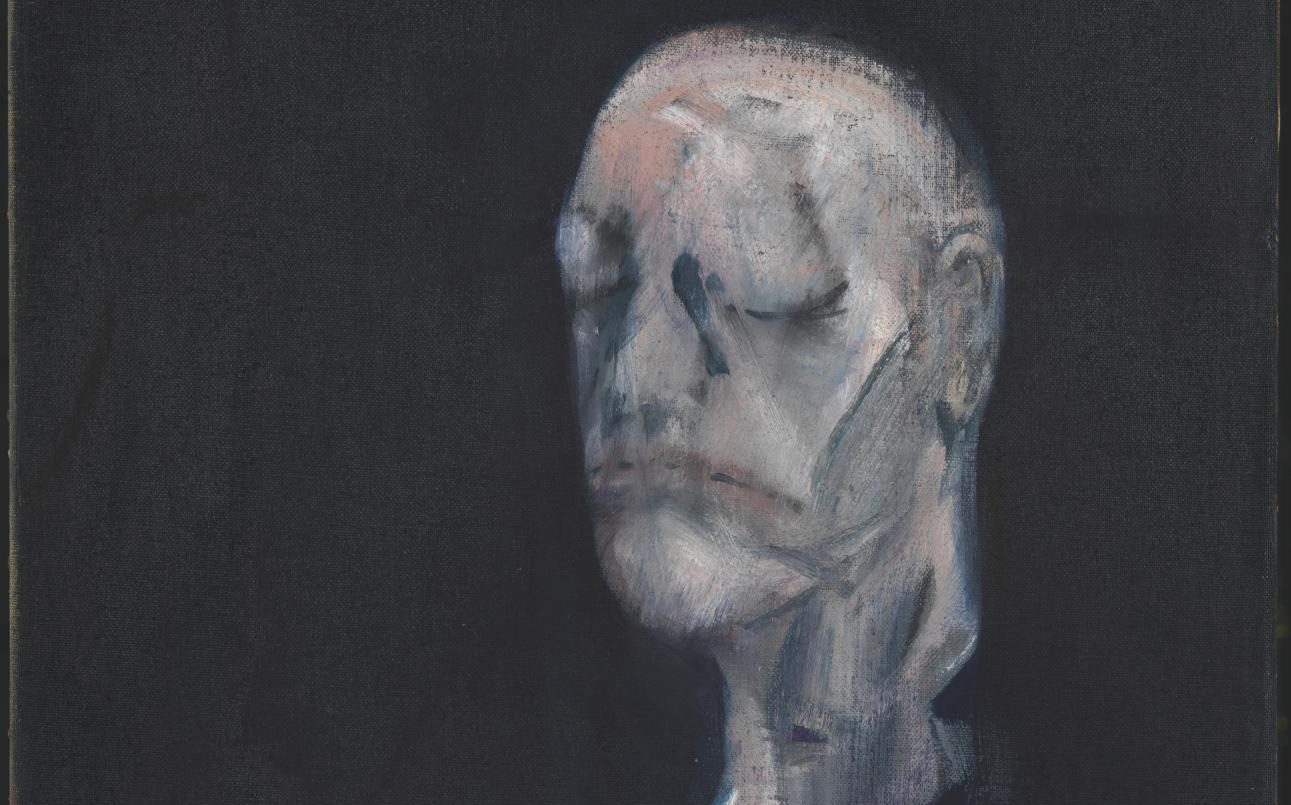 There is nothing commemorative about this remarkably diverse exhibition, which attempts to trace the activities of a number of London-based painters through the last century. The paintings are presented as vital and awake, and lead the viewer through many surprising, if sometimes confusing, shifts in tone and technique. It is no surprise to find Freud and Bacon occupying centre stage, but thankfully there is ample wall space to allow other painters several works and room enough to breathe. Within this plurality of voices, Stanley Spencer’s tenderly awkward portrait of his to-be wife Patricia Preece (1933) acts a type of preface and helps us understand the uneasy dialectic between delicacy and coarseness that will characterise much of what is to come. This was the first time Preece modelled for Spencer; two years later she posed for his Nude Portrait of Patricia Preece (1935), her naked upper torso incisively detailed in tones of ruddy pink. The two works sit on either side of the doorway to the first room and give an immediate sense of artistic germination during the mid-part of the 20th century. It is a process that we are encouraged to see throughout the rooms that follow. Study for Portrait II (after the Life Mask of William Blake), (1955), by Francis Bacon

In other respects, the exhibition opens in some disorder, with works by Walter Sickert and David Bomberg hung alongside Spencer’s, instilling puzzlement as to the exact rubric of the show. The exhibition truly begins with Francis Bacon’s small-scale Study for Portrait II (after the Life Mask of William Blake) (1955): a disembodied head floats on a ground of bluish black, it’s neck sliced at an angle, eyelids fallen closed, and a mouth that draws downwards and slides across the cheek like a wound. Less twisted on itself than Bacon’s later portraits, less furious in its distortions, the painting nonetheless pertains to the same air of casual violence that weaves through much of his work. Being small, it is one of few Bacon’s paintings that one can approach and take in at close quarters, whereby the braiding of paint-marks reveal a stark directness of technique.

Nearby is Bacon’s Dog (1952), showing a twitchy black-and-white animal with all the fidgeting energy of a rowdy stray. The dog, painted in an efficient dispatch of just a few brushstokes, wanders its wobbling path across a undefined backdrop of sand-coloured canvas, coming towards you with ambiguous intentions. It is the sort of painting that begs you to reconsider Bacon as a surrealist of sorts, though one always bonded to the nervous system of physical bodies. Bacon reappears later in the exhibition, exploring the connection between the painter and the photographer John Deakin, from whom Bacon commissioned portraits and took aspects of them as a starting point for a number of his paintings. In the more complex arrangement of Three Figures and Portrait (1975), the painter can be seen to have arrived at the apogee of his appalling human contortions: bodies that slip and slide within themselves, as though knotted up and pummelled like plasticine. One thinks of the disappearing of folded body parts that occur in Ian Mcewan’s short story Solid Geometry:

“But it was too late now, her head and legs were in place in the hoop of her arms, and I was beginning to push them through, past each other.”

To some extent, Bacon feels scattered through the exhibition as the chronological armature lays down its necessary laws. Yet the logic of this is not altogether clear, as Lucien Freud enjoys a more concentrated exposition, with initial groundwork provided by Girl with a White Dog (1950-1) of his first wife Kathleen Garman, painted in the mode of Neue Sachlichkeit and German Realism, followed a few rooms later with no less than thirteen paintings by Freud in a single space, spanning over thirty years of activity. Whereas Bacon’s figures appear to exist in cell-like antechambers separated from the viewer by virtue of their minimal and other-worldly landscapes – as Robert Hughes suggests, unfolding in silence as if behind glass – Lucian Freud’s portraits are in every possible way present. One pleasure of this exhibition is to see Freud’s colour palette tend in towards naturalism whilst he explores the possibilities of unreal perspectives over his subjects. A painting such as Two Women (1992), showing a metal-framed bed with two nudes sprawled across it, is permeated with all the uncertainties of human agency achieved through the sullying effect of smeared and clotted paint. One woman is asleep, the other awake. Beneath them, the floor tilts at an impossible angle, threatening to roll the two figures off the bed and wake them all too suddenly from their reverie.

One has the sense that the exhibition’s title, All Too Human, was chosen with Freud’s paintings in mind. It is hard to see how the room dedicated to F.N. Souza’s expressionist canvases accord with the broadly naturalistic thrust of the show, but then there are enough other exceptions to this rule, such as Leon Kossoff and Frank Auerbach, to make the case. Indeed, Souza’s paintings are given a room of their own, and affect a startling change of emphasis in his pursuit of the symbolic aspects of human form in his French-influenced art brut (‘raw art’) style.

The later rooms confound again, with Michael Andrews and R.B. Kita shown together with apparently little to connect them except for a shared admiration of Bacon. Paula Rego, an exhibiting member of the London Group, is also given a room to herself, though her overt surrealism and the presence of her bulky, gauche figures feels out of step with the rooms that have gone before.

The final room of the exhibition brings the story up to date, most obviously from Lynette Yiadom-Boakye’s The Host Over a Barrel (2014), depicting a young man in a pink t-shirt against an abstract background, purposefully removed from time and place. It is painted in a loose style that is vivid if a little conservative in it’s overall effect. Much less timid is Jenny Saville’s frank self-portrait, Reverse (2002–3), which shows the artist’s face at a ninety-degree angle in enormous close-up. As a painting, it pursues much of the unconcealed directness that Bacon and Freud pioneered, and indeed goes far beyond. And yet, being so large and upfront, what it achieves in its honesty it disappoints in its insistence to be noticed.

The paintings in the last room do little draw the show to any sort of conclusion. One leaves the exhibition with Saville’s image most forcibly imprinted in one’s mind, a testament to her bold approach to art-making and the renewed potency of naturalism, yet there is no satisfactory answer to the question: what next?