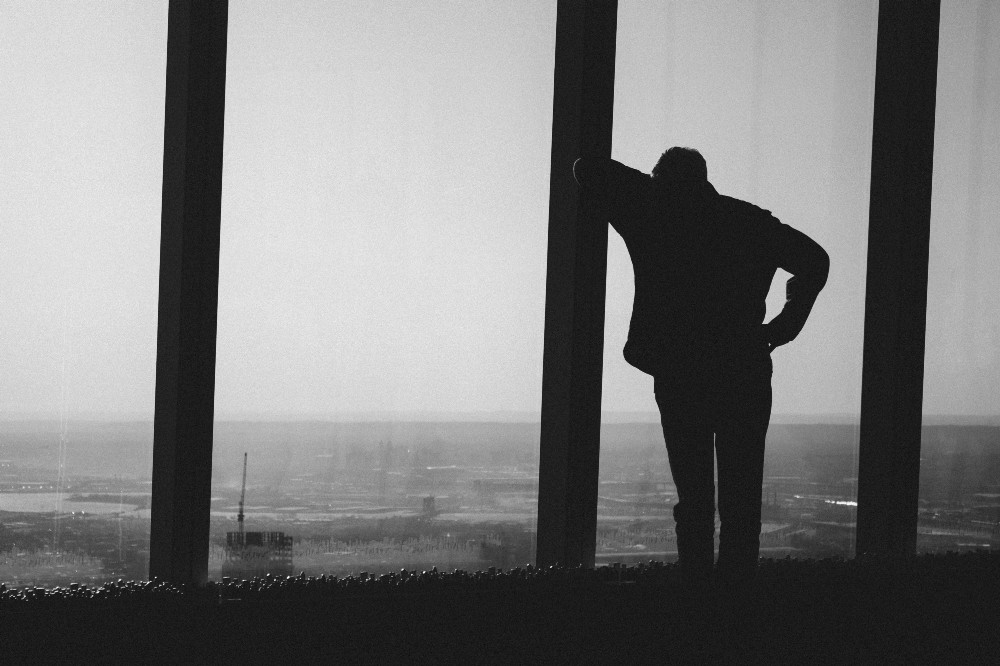 It is tempting to think of creativity as an explosive act, picturing Jackson Pollock prowling around his canvas, dripping paint from a pot, or Jack Kerouac typing furiously on a single ream of paper 120-feet long.

Movie depictions of artists at work tend to reinforce the idea. One can think of Kirk Douglas as Vincent Van Gogh roaming the Provence countryside in Lust for Life, swept up by seizures of creative energy. Or as the art critic Robert Hughes memorably put it, “gritting his mandibles in St-Remy.”

Not all films about artists are so frenzied. Last week I saw the recent biopic of the artist Alberto Giacometti, The Final Portrait, with Geoffrey Rush in the lead role. Whilst Giacometti may have been an eccentric man, much of the film is about creative patience in it’s various forms: waiting, discarding, over-painting, re-modelling, hesitating, starting again, pondering, eating, drinking, beginning new work, returning to old work, and all the other labyrinthine ways by which a work of art gets made.

And this unsung method of working seems like a far more insightful perspective on the creative process, and one worth celebrating.

Waiting for ideas to form

According to the idiom, ideas strike. There is some truth to this. Yet in my experience, the full formation of a creative idea has far less kinship with a lightening bolt and far more with steady accumulation. It’s often a much slower process, rather like the way a pot left beneath a dripping tap sooner or later becomes full.

As I’ve grown older, I’ve come to rely more and more on this way of working in my own practice. Trying to force an idea with a deliberate exertion of energy is often the least productive way of finding inspiration. My ideas tend to brew, gathering merit (I hope) over a course of days, weeks and sometimes years.

This is not to say that I’m a particularly patient person — I wish I could be more so. It’s rather a recognition of an idea that has been dawning on me for a long time now, that the best things come when I’m prepared to wait.

I’m often surprised by how effective this method can be. Faced with a creative impasse, when a piece of work seems to have reached a deadlock, I have found that with the application of patience the deadlock is nearly always resolved. Often a new opening arrives by chance: a news article I read, a radio show I listen to, a random comment I overhear on the train. Something invariably gives way.

Sometimes, part of this process includes putting a piece of work away in a drawer for a month or two. I often do this with larger works. It lets the initial excitement fade and gives me a chance to reappraise the piece with fresh eyes. Objectivity towards one’s own output is more or less impossible, but with patience and a willingness to let go, a more clear-sighted perspective can be achieved when it’s time to resume the project.

When I write, I like to write in notebooks first. It’s not a strict rule, but it’s a general habit that seems to work well for me. Part of the advantage is in writing long-hand, so I am forced to take my time over the shape and execution of individual words.

Moreover, editing is less easy on paper, and worse still with my inelegant handwriting, all of which leaves my pages clogged with crossings-out, insertions, arrows and all manner of other marginalia.

So when it comes to typing up the words into a more legible form, one of the first things I have to do is to decipher the scramble of handwritten notes. Transcribing from one format to another in this way is a useful part of the journey. Editing, fine-tuning and rethinking all happen by degrees, and I’m coming to believe that the steady sifting and sorting of ideas is the most profitable way of reaching a creative resolution.

Being willing to discard is also a habit worth encouraging. One way I think about creativity is that it’s not about what you make, but what you choose to to get rid of. It can be hard to delete, since it’s easy to get attached to what you’ve created. But to be willing to identify parts of your work as superfluous and to discard it, will ultimately improve quality.

The well-known story of how the singer Leonard Cohen penned his song Hallelujah is instructive here: Cohen is said to have written 80 verses to the song over the course of many months, which is to say that he must have discarded at least 70 of them before arriving at the final version (it’s hard to calculate exactly, as several ‘final’ versions exist between different recordings of the song).

Creative work doesn’t have to take months. It can sometimes happen in minutes. But if it doesn’t, confidence in the power of patience will surely bring results.

Riding rejection and waiting for success

Rejection will happen. This is another area in which patience can be invaluable.

Rejection comes from inside a lot of the time, as we tell ourselves that this creative pathway is truly the dominion of other people. Imposter syndrome is abetted by the rejections we receive from the outside world, and putting oneself forward as a creative entity comes with the guarantee of getting rebuffed sooner or later.

Yet I’ve come to realise there can be great benefits to being rejected. Like many writers, I’ve spent a lot of time submitting work to literary journals, magazines and newspapers. It’s a tough environment, since the competition is fierce and the opportunities are thin on the ground.

Yet, with every rejection I’ve come to identify an opportunity to think afresh about the work. Was it really as good as I thought it was? Invariably I ask myself this question and the answer is usually “No”. Thankfully, with the rejection, I have another chance to improve the work. Iteration by iteration the piece steadily improves, and — rather like moving through the gears of a car — the power and potential of the work builds.

For all of these reasons, I believe patience is an underrated force of creativity. And one final thought: To think and work in this way has the additional advantage of boosting your confidence, since, like waiting for spring to arrive after winter, you know the green shoots of new growth will come in the end. There is no need to be disheartened. All you have to do is wait.