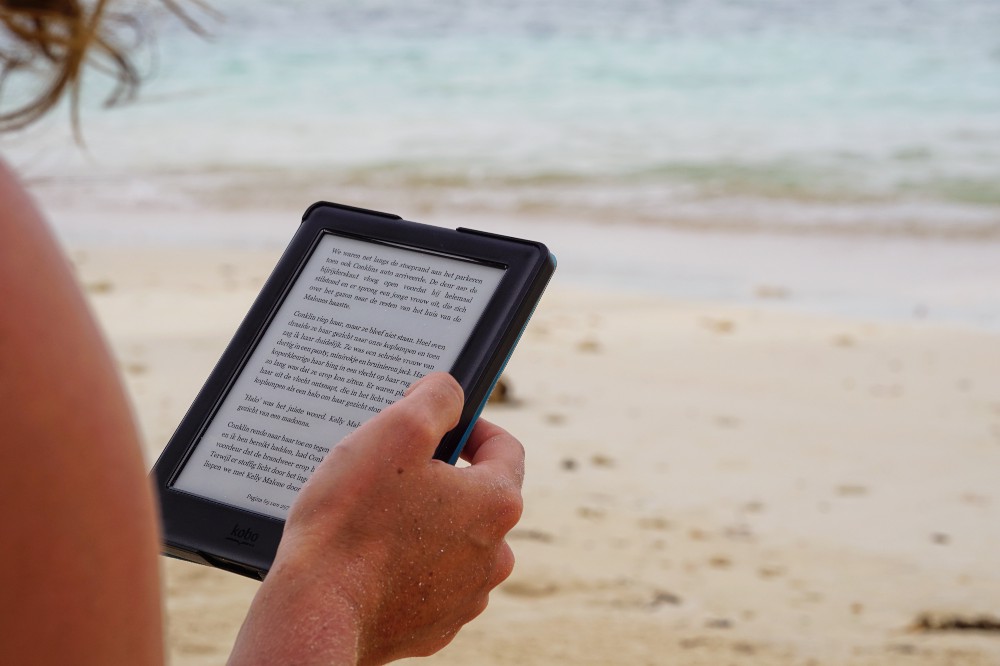 eReaders and their names: a short survey

One of my favorite phrases is “Books do furnish a room”.

Whenever I say this statement out loud, I am inclined to emphasize the word “do” as if I’m arguing with someone who has different ideas about interior decoration. “No, books do furnish a room,” I say, “they really do.”

The phrase was the name of an old bookshop near me that sold second hand titles. The words were written in gold lettering on a black background – very stylish and quite grand – above the shop’s main window. Despite its high pretensions the shop was in a desperately crumbling state and was closed half of the time. I wished the shop were in a better condition, and as if in loyalty to its fortunes, every time I walked by it or went inside, I would say to myself, “Yes, books do furnish a room.”

The shop sold its last book five years ago, and since then the property has been renovated and turned into a small supermarket. I’m not telling this story to lament the demise of high street book-sellers, but really to pose the question: will an eReader furnish my room just as well?

The fate of real, physical books is one that will seems never settled. Despite the rise in online-everything, we remain attached to the weight and size of a real book, to its gravity and form, to the crisp sound of a page turning, and maybe to the idea of books as furniture too. Whatever their digital wizardry, the convenience of an eReader comes at the cost of it having absolutely no prospect of filling the spaces on a cherished old bookcase.

For those readers who still keep a place in their hearts for the physical nuances of real books, makers of eReaders offer concessions to keep the romance alive: a digitally rendered page turning, even a sound effect to go with it; “paper-white” backgrounds and traditional print typography.

In their names too, eReaders try to capture some of the private pleasures of reading. Barnes & Noble call theirs a Nook, which is not only a portmanteau of ‘new’ and ‘book’ but also conjures up the quiet corners we tend to seek out to delve into a favorite tome. The verbal sibling of ‘nook’ is usually ‘cranny’, two antiquated words that speak of places of seclusion and security, a recess from the tumult of the active world. You can bury your head in a book, so why not a Nook?

One of the earlier eReaders on the market, the iLiad tablet, sought to establish a more classical lineage, using Homer’s epic Greek poem as its base. The original Iliad tells of the battle of Troy, with names that have become familiar again from Hollywood films: Achilles, Agamemnon and Helen. The choice of iLiad as a name— by its parent company, iRex Technologies — indicates how the marketplace is still minded to reach for tradition rather than break with it. Alas, for iRex Technologies, fortunes transpired to legend: in 2010, they filed for bankruptcy.

The naming of Amazon’s Kindle tablet also harks back to a sort of folklore pre-history, recalling the moment that fire was ‘kindled’ to transform the cold night into a place where communities might gather. To kindle a fire is to transform the spark into a substantial flame, and to begin a history of camp-fire storytelling that is an important part of the culture of many peoples. It is not too surprising then to find that Amazon’s next device arrived with the name Fire, as if they were moving through the evolution of civilization. Later versions of the Kindle have included the Voyage and the Oasis, suggesting that Amazon have understood where and how books are read these days — fitted into our busy lives on train or plane journeys — a nod to the future as well as optimistic sounding words that suggest frontiers traversed and paradises found.

The Kobo, a scrambled variant of book, has a kooky sort of sound to it. Not unlike Nook, Kobo suggests something secure and safe, a gentle place where one might nestle ones head.

It maybe entirely appropriate for these eReaders to adopt names that signify reassuring places, given that the history of bookbinding goes back over 2000 years. That is a long tradition to win over.

And the word ‘book’? Well, I discovered it comes from the Old English word ‘boc’, which itself is derived from the old Germananic for ‘beech’ — as in the tree. Apparently, the pre-Latin alphabets of proto-German were written on sections of beechwood, hence the arboreal connection.

Anyway, going back to my original question: can e-book readers furnish a room just as well as books? I’ll leave that for interior designers and tech-evangelists to squabble over. For me, my rooms will always be furnished with dust jackets, spines and bookcases made of beechwood.