Step into Weimar Berlin, a time of cabaret and jazz music, where mystery and suspense lurk around the next corner…

Berlin Vertigo is the first book in the trilogy, a historical mystery set in 1928.

When Thomas Strack witnesses the murder of a young man, all is not what it seems. Compelled to discover the truth about the victim’s identity, Thomas must confront the idea that his closest friend is a killer.

Set against the backdrop of jazz-age decadence and the political tensions of Weimar Germany, Thomas tracks down the facts and finds he must face a growing dilemma. If he cannot get to the heart of its secret, will he pay with his own fate and let his friend will get away with murder?

What readers of Berlin Vertigo are saying:

“A very compelling book that had me interested from the start. It’s a very well written story about a range of characters who live in the Berlin and Potsdam district of pre-war Germany. I read through the book quickly and was impressed by the twist and turns. I’ll definitely be buying the next book in the series. Excellent!” ★★★★★ recent reviewer

Buy at Amazon US store 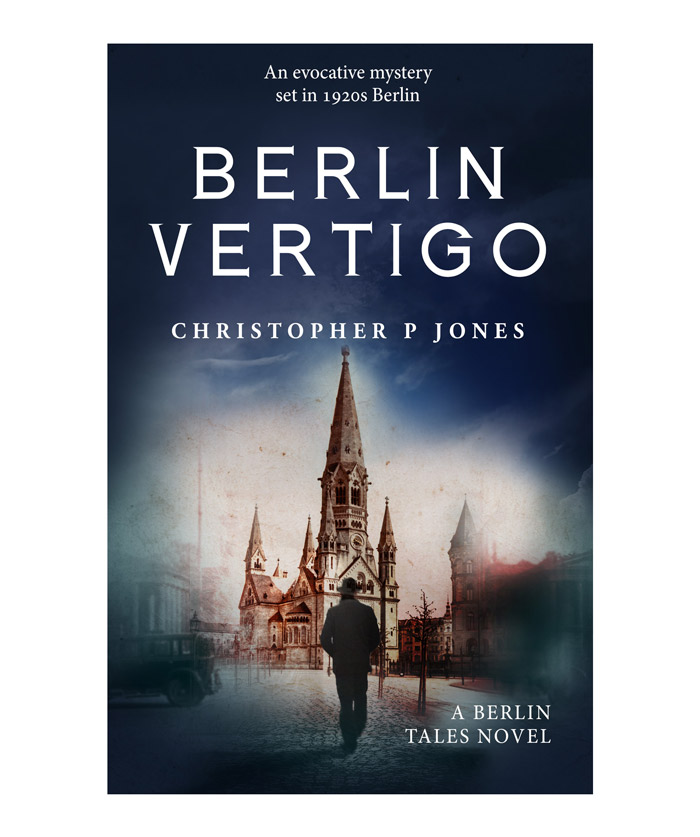 Vanished in Berlin is the second part of the trilogy, set in 1931.

When Monika Goldstein, a young Jewish woman goes missing, Arno Hiller begins a desperate search to find her. But his hunt must come at a dark price.

Both Monika and Arno take fate into their own hands, as they fight against the powers that are taking Berlin into fascism.

What readers of Vanished in Berlin are saying:

“I loved this book. With richly drawn characters, a peek into the world of Berlin art and a plot full of suspense I found I was gripped until the very last page.” ★★★★★ recent reviewer

Buy at Amazon US store

Berlin Vengeance is the third part of the trilogy.

Berlin, 1933. A body is found inside a burnt-out motorcar. The victim was a an old Nazi Party member who betrayed his colleagues.

But all is not as if seems…

The murderer has made a fatal mistake of leaving behind the murder weapon at the crime scene. Now he must repair the error or else face the consequences of his deadly actions so far.